The move is geared towards increasing the production of the commodity to suit the needs of farmers and consumers in the market.

KTDA Chairperson David Ichoho who spoke during a site visit to one of the farms in Murang’a County noted that the national government has already pledged to give Sh. 800 million to assist in procurement of the machines.

According to Ichoho, the machines will help in processing of orthodox tea which has high demand in the international markets and will eventually enable farmers to get more returns.

Ichoho noted that various varieties of orthodox tea which include oolong, green, white or black tea have a high demand and that KTDA has sourced for a market that requires over 2 million kilos annually against a local production of about 500,000 kilos.

He noted that over 95 percent of the locally produced tea is exported while only five percent is consumed locally, which he said exposes the produce to global market fluctuations.

He cited the political instabilities experienced in countries such as Pakistan and Iran that are some of the biggest consumers of Kenyan tea.

The chairman further observed that KTDA is eying to tap a wider market in the African continent.
“We want to tap a big market in Africa which has a population of more than 1.4 billion under the policy of Free Trade Area This will ensure our tea is not highly affected by fluctuation of overseas currencies,” he added.

The chairperson however decried poor tea production which was attributed to drought experienced in the country since last year.

For the last six months Ichoho said the country produced 542,000 kilos of green leaf as compared to 605,000 kilos that were produced between January and June 2022.

He said the sector, however, has a bright future and that farmers made Sh19 billion more last year from the crop after being paid about Sh63 billion.

He further confirmed that 75 percent of all tea earnings were paid to the farmers and expressed confidence that the figure will go up with time.
The chairperson further noted that since the agency reduced the interest rate for loans issued to farmers through GreenLand Fedha, a subsidiary company owned by KTDA, more farmers have been applying for credit facilities.

In December 2021, KTDA slashed the interest rate from 21 percent to 8 percent in a move meant to increase access to affordable credit for small holder tea farmers. 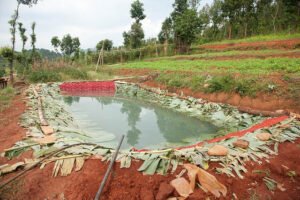 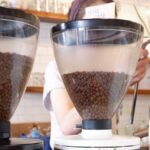 World of Coffee Dubai is a promising space for African coffee 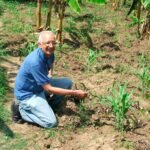 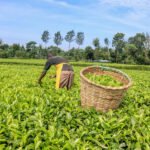