Henry Mukasa and his wife on their coffee farm, which is intercropped with Albizia Koriaria tree species. Photo Credit :Lominda Afedraru
Download PDF

In recent years, however, some of them have been cutting trees for charcoal, thereby depleting the forests.

Concerned about the effects of deforestation on the environment and livelihoods, two nongovernmental organisations (NGOs) Agribusiness Initiative Trust (aBI) and Hanns R. Neumann Stiftung Africa are taking steps to reverse it.

The two NGOs are encouraging rural-based families in the districts of Luwero, Mityana, Mubende, Masaka, Bukomasimbi, Nakasongola and Nakaseke to utilise their land for producing coffee and food crops as well as planting trees. This technique of climatesmart agriculture, they say, will help mitigate prolonged droughts, which are linked to crop failures.

The family of Henry Mukasa, 74, is among those who heeded the reafforestation call.

The family has planted pine trees on five of their 70 hectares in Kagalama Village, 15 km east of Luwero town.

In addition to possessing the pine forest, the family has intercropped their coffee plantation with various types of trees.

The most common tree species planted by the locals in Luwero on their coffee farms is Albizia coriaria, commonly known as Mugavu. Mukasa is optimistic that his family will reap big from the pine forest, which will be harvested in two years time.

He says that part of his income comes from sale of charcoal burnt from mature Mugavu trees, which he planted on his coffee field many years ago.

He is encouraging farmers venturing into agroforestry to approach it as a family business.

Intercropping coffee with trees has other ecological benefits such as providing shade to coffee trees and keeping the soil moist during the dry seasons.

Hanns R. Neumann Stiftung Africa field operation officer, Mr Richard Musisi, said they began sensitising farmers on the benefits of agroforestry after observing that a majority of local people were concentrating on growing crops such as coffee, maize and banana but neglecting tree planting.

in Luwero and Nakaseke districts with an aim of having them utilise part of their land for growing trees. It has set itself a target to bring 15,000 farmers on board.

“Apart from growing coffee, keeping poultry and animals as well as growing various types of food crops for family consumption, we have been encouraging the couples to utilise part of their land for growing trees in order to create family forests in the various villages,” Mr Musisi said, adding they are keen to move farmers from subsistence farming to commercialised agriculture.

If a farmer owns more than 15 acres, the team encourages them to put 2-6 acres under coffee for income generation and use the rest for food crops, livestock and agroforestry. The initiative is, however, facing challenges such as availability of seedlings for the various tree species.

Mr Mukasa said that some coffee farmers do not appreciate the value of intercropping it with tree species Growing coffee alone in a farm can be disastrous because during dry season, the plant leaves tend to dry up leading to wilting. Most coffee farmers are faced with coffee wilt disease which usually infests the plants during dry spell.

The farmers contend the shed trees will keep the soil moist despite the dry spell because there is no direct sunshine penetration in the soil and on the coffee plants. 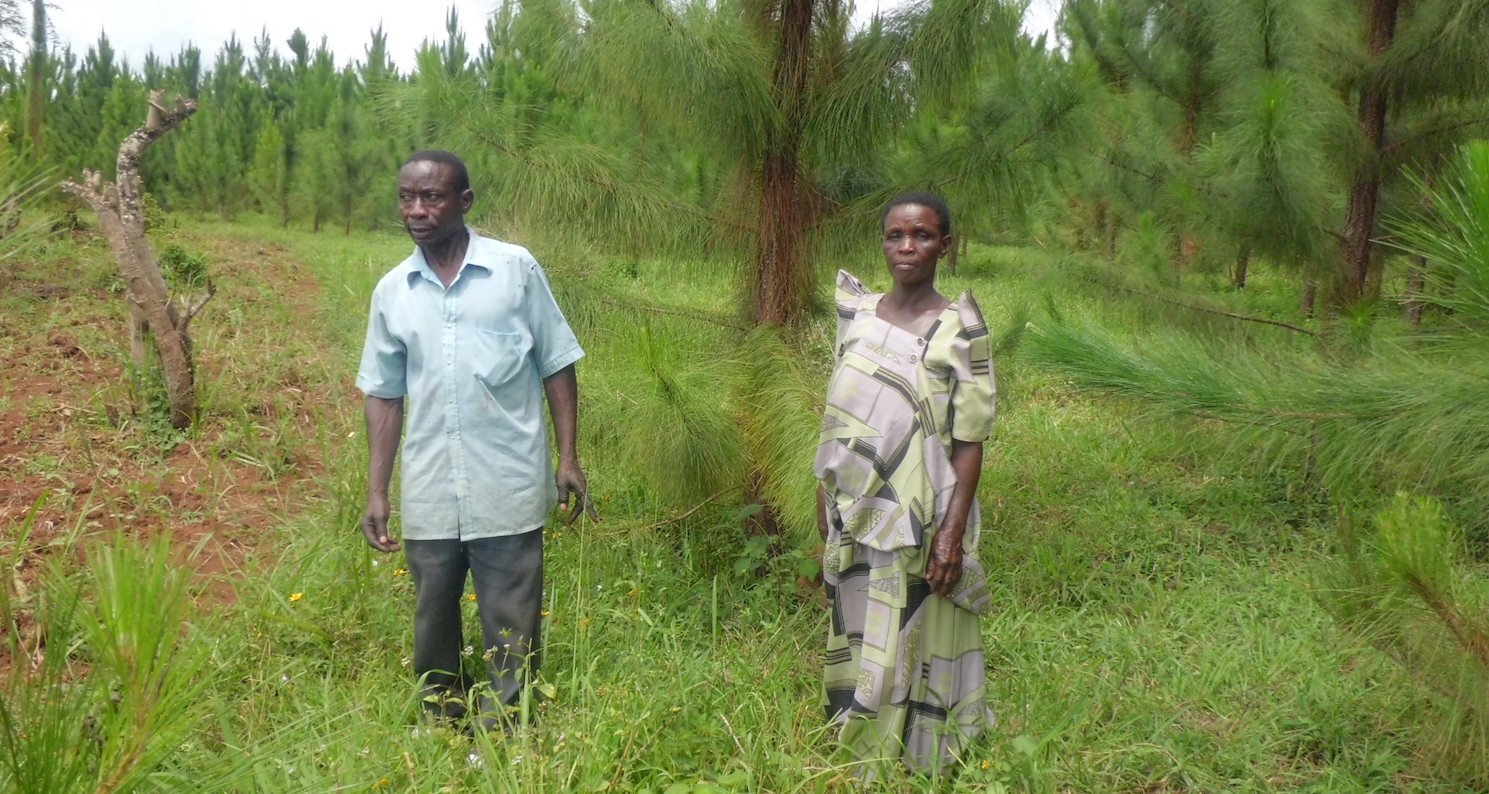