But what’s the story behind these names? What is their significance? William Shakespeare asked, “What’s in a name?” and for the colossal African continent, the answer would be “Everything”. Naming in the African culture is a way to convey certain messages, either to an individual, family members, or a community.

Names give a sense of identity; the tribe, geographical location, and nature of the environment. Naming conspicuously distinguishes one from the other. Naming is not just unique to people but to crops such as beans as well.

Over decades, beans have been named because of their colour, taste, resemblance or association to someone. Some beans don’t always take the African naming trend – they only have scientific names. The Alliance of Bioversity International and the International Centre for Tropical Agriculture (CIAT) is home to over 37,000 accessions of beans at the Future Seeds genebank in Colombia.

These materials are useful in supporting research for bean improvement around the world. In Africa, bean research is advanced through Pan Africa Bean Research Alliance (PABRA) and has resulted in the release of over 550 new bean varieties across 31 countries over the past 25 years. There is pride in naming beans, as it gives it a sense of acceptance to a community. When a bean is named in the local dialect, it is readily adopted by the community.

A bean variety has a name that is scientific and universally recognised, whereas the local name differs from tribe to tribe and country to country. Some naming might be obvious, like small red, referring to its appearance (size and color), while others have a deeper story behind it.

For example, Angaza, a high-iron bean, is named after its white outlook. Angaza is a Kiswahili word that loosely translates to being bright in appearance.

A farmer on a bean plantation. Photo Credit: CIAT

The Kablanketi name in Tanzania comes from its similar look to the purplish Maasai blanket. The Mwende bean in eastern Kenya is named after a girl in the Kamba dialect meaning ‘Loved’.

This is a fast-cooking bean that does not require too much fuel to prepare. The name mwende also signifies beauty. A good example of a bean with different local names in different tribes is Kakamega15(KK15), which is fondly called Raila in the eastern part of Kenya, named after a political figure due to its dark appearance.

The same black bean variety is named Ndombolo in western Kenya because of how the tendrils appear to “dance” when blown by the wind! Ndombolo is a popular music genre and dance style from the Democratic Republic of the Congo, highly embraced in most African countries.

Nyayo and Saitoti in Kenya were named after popular political leaders who actively promoted their adoption among farmers through various government food security programmes in the early 1980s.

Katumani Bean 1(KATB I) is a yellow-green bean commonly grown in Kenya and was released in Burundi, Tanzania, and Uganda under the PABRA regional breeding initiatives. In these countries, the variety has adopted different local names, for the local markets.

In Kenya, the bean is known as Kathika, in Burundi it is named Mbunduguru, while in Tanzania, it is called Goroli Njano (yellow pebble).

One major setback is that having different names for a particular variety complicates universal identification of the said variety, especially when it comes to crossregional trade. Interested parties looking for a particular bean variety with a different name from what the local market identifies it with might not identify with the local bean name. Thus they end up looking for a near similar or almost similar variety in terms of appearance to what they initially wanted.

So, what is PABRA doing to curb this? PABRA is working on a catalogue that has the synonym of local varieties versus the scientific or trade names or classes.

With this catalogue, identifying the local name of a variety in a certain market will be made easier. This will enhance regional identification and trade advanced under the Bean Corridor Approach. PABRA is using advanced breeding technology to carry out genetic mapping of the bean varieties named differently in different communities to match them to the universally accepted trade or scientific names.

This is an exciting exercise where local knowledge is aligned with scientific knowledge. To do this, we need to grow our partnerships with various bean value chain actors. We also need additional funding support for essential fingerprinting technology, training, and big data analytics.

Together we can celebrate the meaning of names for beans as we benefit from this all-around nutritious grain legume benefiting over 400 million people in the tropics. The long-term support for bean work through PABRA has been made possible through the support of the Global Affairs Canada, SDC, BMGF, USAID, Kirkhouse, ACIAR, AfDB-TAAT, AGRA, and country bean programs 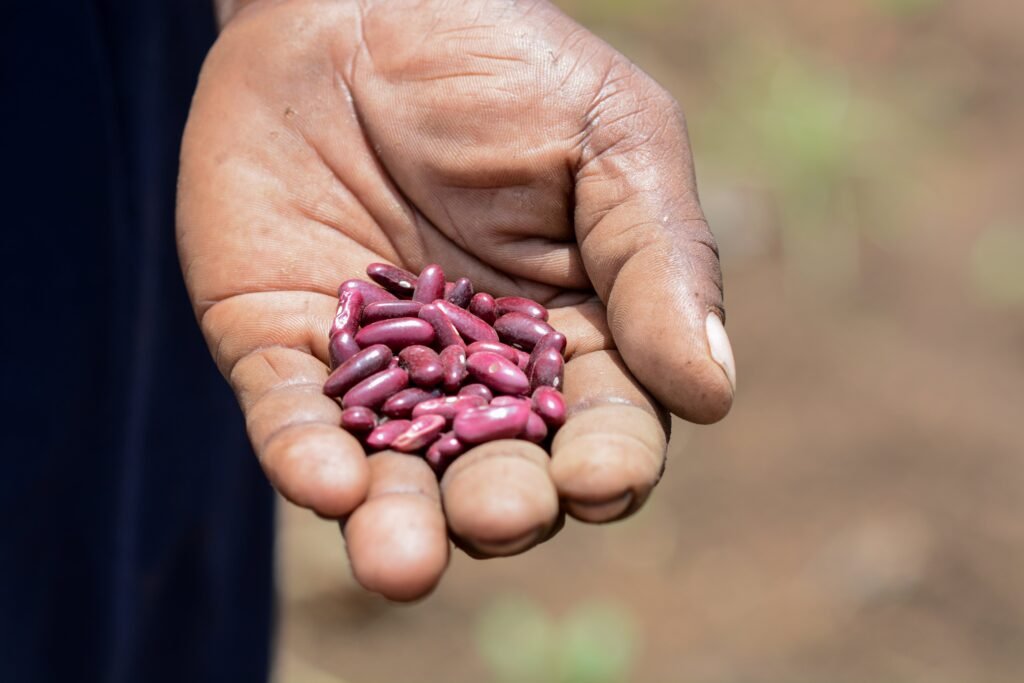