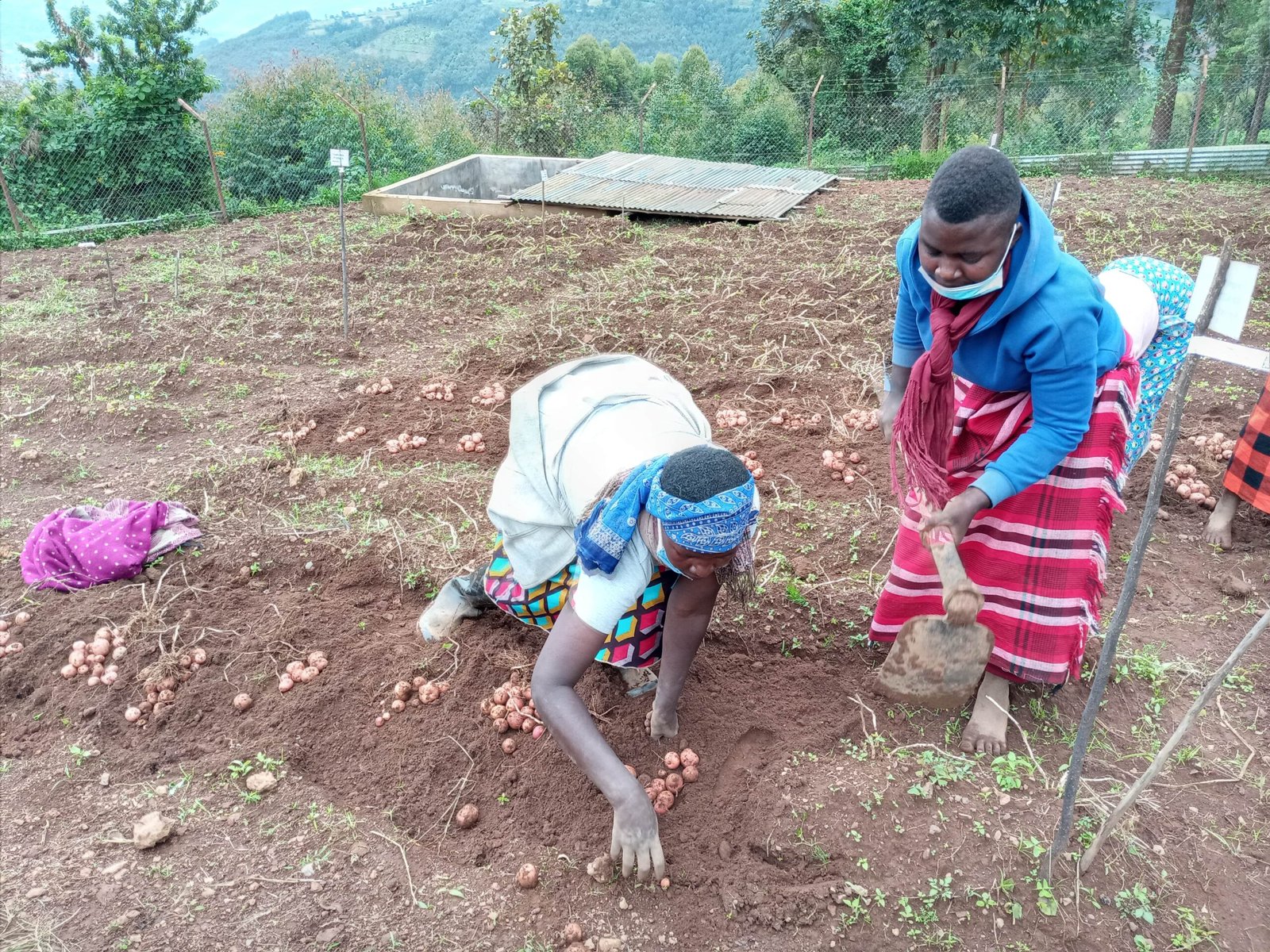 Download PDF
I
RISH potato is a staple and main source of income for many families living in the Western and Eastern highlands of Uganda.

Increased demand for the potato and related products especially in the urban areas has seen production intensified in the traditional zones and spread into central Uganda and other areas.

Currently, 300,000 metric tons of potato are produced each year in Uganda, with market prices ranging between 33-50 cents per kilo or USD 1,500-2,000 per hectare depending on the season. These numbers, however, do not reveal the true potential of potato farming in Uganda.

that infects potato leaves, stems and tubers and is estimated to cost Uganda about USD 500 million annually in crop losses.

Scientists have been fighting the disease since the 1970s by breeding potato varieties believed to offer resistance to its attacks. Two such varieties, Rutuku and Victoria, were widely adopted by farmers.

In 1997 scientists at the National Research Organisation thought they had finally won the battle against late blight when an improved Victoria variety bred and released to farmers showed resistance to the disease.

But in early 2004 farmers began experiencing massive destruction of the potato crop by the disease in their fields. Highbrid varieties released in 2016, namely Naropot 1-4 and Kachpot 1 and 2 showed similar promise before they succumbed too.

Now, scientists believe transgenic breeding will succeed in developing a late light-resistant potato variety where conventional breeding failed. Transgenic breeding or genetic engineering involves the insertion of a foreign gene into the genetic material of an organism to achieve some desired characteristics. Agricultural scientists at Kachwekano Zonal Agricultural Research and Development Institute (KaZARDI) have been working on the transgenic Irish potato breeding project in Western Uganda in collaboration with the International Potato Centre (CIP) since 2012. 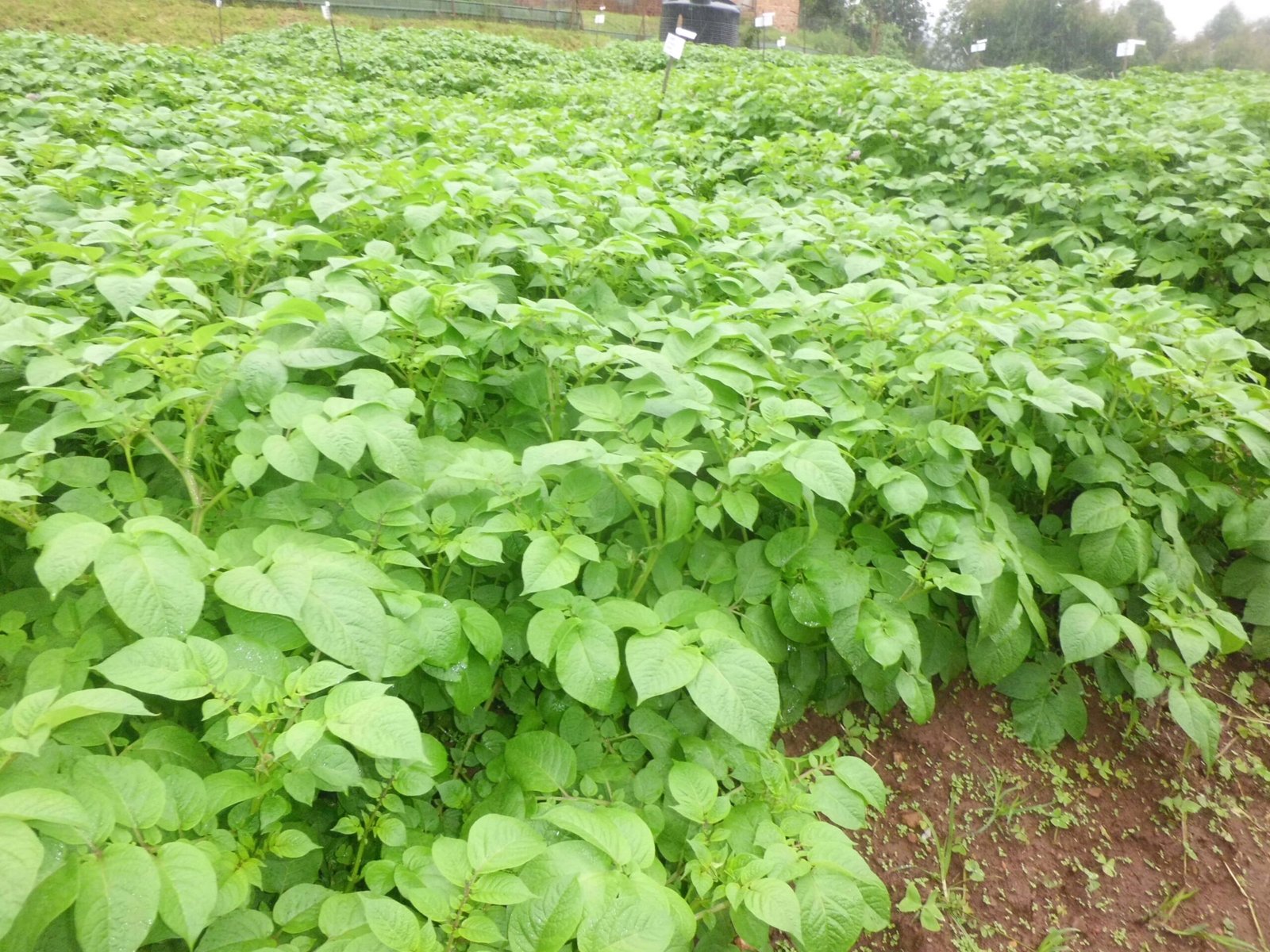 Over that period, laboratory experiments and confined field trials have been conducted to determine whether the gene provides complete resistance.

The process that we used to develop the bioengineered potatoes is genetic engineering in which three genes from wild relative varieties Solanum venturi and Solanum balbocastanum, which are known to offer resistance, were identified, cloned and transferred into the local variety Victoria using agrobacterium-mediated transformation protocols in the laboratory.

This was followed by rigorous tests in the laboratory, green houses and in the field to confirm that the gene transferred were able to provide protection,” says Dr Abel Arinaitwe, the principal investigator on the research project. Dr Arinaitwe says the trial, conducted in three locations, namely Kazardi,

Those with 3R genes showed 100% resistance to late blight and those without have been wiped out. Upon attaining full growth in 18 weeks, the harvested tubers were completely healthy. Unlike the conventional variety with the highest yield potential of 20 tons per hectare, the genetically modified (GM) variety yields up to 35-40 tons per hectare depending on how the farmer tends the farm.

Dr Arinaitwe says the new variety could be ready for release by next year, and the farmers who participated in the recent harvesting of the field trial crop were quite excited about the healthy plants they saw.

“We have about six acres under Irish potatoes, climbing beans and maize among others, but we get more money from potato sales. However, late blight is keeping the yields low.

Our prayer is that the transgenic potato will give us better yields,” said Immaculate Heart in Rukungiri, a high school student who participated in harvesting the potato at Kazardi alongside her mother Boneconsily Tumwesigye. Charles Byarugaba, a commercial potato farmer and the leader of a local potato seed multiplication project, said they would like the GM potato seed distributed to them as soon as possible.

Byarugaba and other Irish potato farmers may have to wait much longer, with the Ugandan authorities yet to approve the Genetic Engineering Regulation Authority (GERA) Act that approves the release of GM products. Dr Arinaitwe fears that delays in removing the regulatory barrier may see Uganda miss out on the benefits of the transgenic patato, with other countries taking advantage of their biotechfriendly laws to adopt the technology earlier.