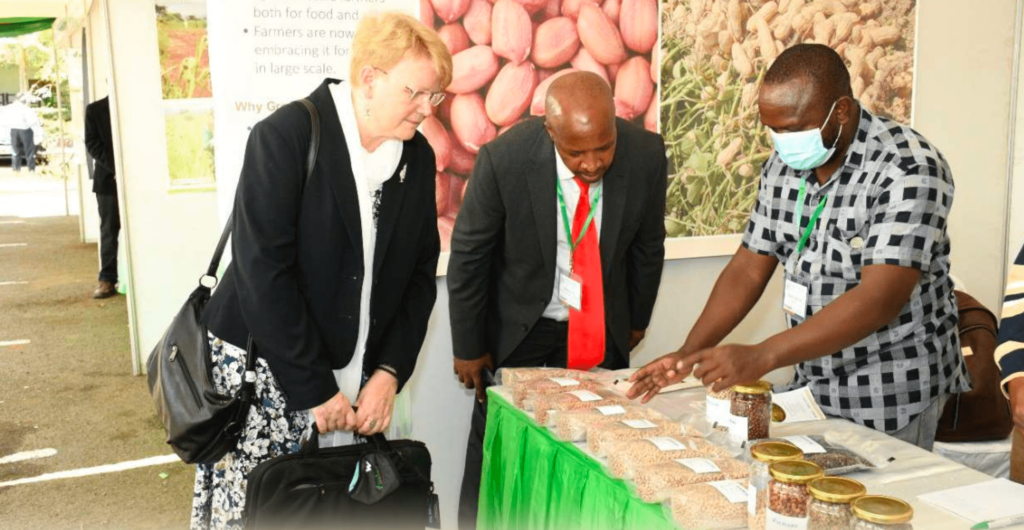 “Traditional crops such as millet, sorghum and even TEFF still are a part of the diets of many communities in Africa, they are highly nutritious and there has been rising demand for them despite the wheat, maize and rice dominating our farms and plates,” said Dr J d’A Hughes, Director General, International Crops Research Institute for the Semi-Arid Tropics (ICRISAT).

In Kenya, the Ministry of Agriculture has been pushing millers to blend maize and wheat flour with sorghum, millet and cassava to improve nutritive value and farmers’ earnings.

The government in 2018 drafted guidelines and standards governing the blending of maize and wheat flour by millers to strengthen the nutritional components of the products.

The policy is yet to come through, but experts say its impact on food and nutrition security will be enormous.

Dr Eric Manyasa, a crop breeder from ICRISAT, said a flour blending policy will also come with a need to produce big volumes of sorghum and millet and that industry players should be well prepared for the increased demand.

“We need as stakeholders and scientists to move with speed to produce the right materials, the right varieties adapted to the right agro- ecological areas so that when the policy is rolled out we shall be able to produce the right required volumes of the grains to be able to run the blending system,” Dr Manyasa told members of a consortium of small grains seed industry players from East and Southern Africa (ESA) during a recent field day at KALRO’s Kiboko station.

The field day was organised to showcase to the partners who came from Zimbabwe, Sudan, Ethiopia, Tanzania, Uganda and also India the new parents that have been developed by KALRO and ICRISAT.

Kenya’s average national sorghum yield is about 0.7 tonnes per hectare but it has the potential to produce 4-5 tonnes. Dr. Manyasa said that the increased use of sorghum by industrial processors has led to high demand for the grain but there is need to build a value chain that is profitable to all actors.

“How can we join the dots and break the myth that farmers cannot adopt new sorghum varieties? Farmers will invest where there is return on investment and therefore the various actors should create opportunities along the value chain for farmers to sustain the production,” he said.

He cited the example of a hybrid sorghum variety developed by Egerton University and embraced by Kenya Breweries for its good malting qualities but whose rollout has been delayed by constraints in the seed system. The brewer alone, he said, currently needs between 40,000 and 50,000 tons of sorghum grain a year. Kenya produces between 250,000 tons and 300,000 tons of sorghum annually.

“In the region, we are also a paltry small producer of sorghum if we compare with Sudan which does six million hectares, Ethiopia has about two million hectares, Tanzania 750,000 hectares and these are large players where much of the sorghum is not for industry but for food,” he said Zubeir Ibrahim Mohamed from Sudan’s Nile Sun Company, which produces seeds for sorghum, said that although they grow a lot of sorghum in his country, he was looking for the high-yielding varieties developed in Kenya.

In Sudan, he said, sorghum is mainly used for feed and food and is also blended with wheat flour for bread making.

He noted that although they produce sorghum in over six million acres, the national average is low at about 0.2- 2.3 tonnes per acre. An improved breed they got them from Kenya last year is yielding 1.5 tonnes per acre.

“The hybrid has more potential but if we increase the area and improve varieties, this 0.2 ton can go up to 0.7 and it is a huge increase,” Ibrahim said According to the seed consortium members there is a lot of interest that has been shown in the past five years by the private sector not only in Kenya but across East and Southern Africa.