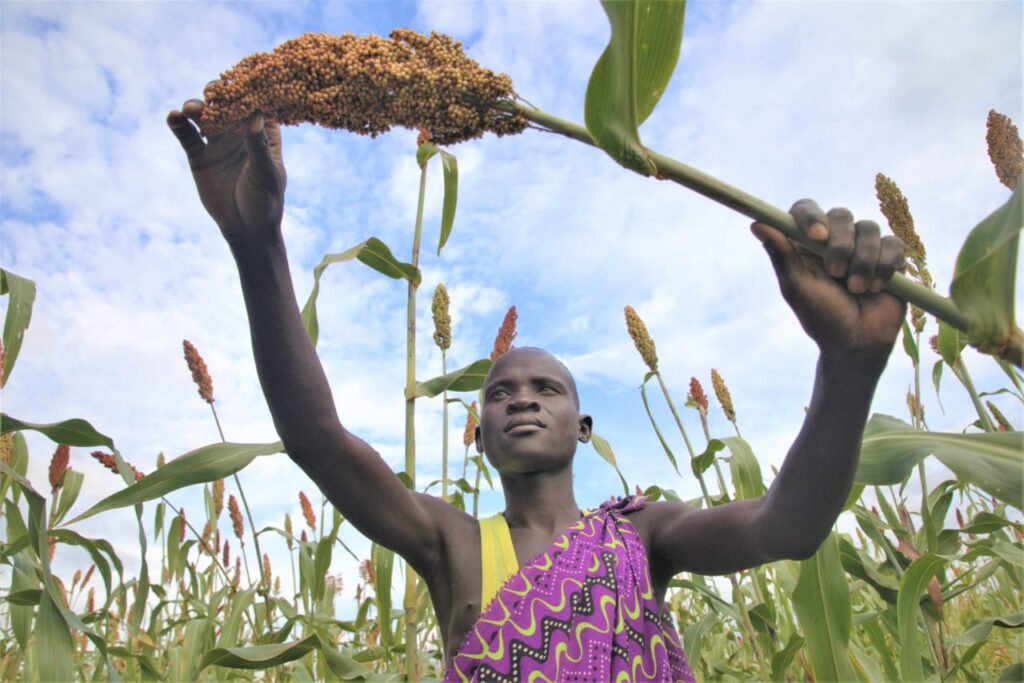 The five-year project launched in 2021 is funded by the African Development Bank to the tune of $14 million and is being implemented by the United Nations Food and Agriculture Organization, and South Sudan’s Ministry of Agriculture and Ministry of Trade.

“The farmers in South Sudan have a big challenge of quality seeds and when they get, they do not come on time,” said Sebudaka Hannington, the Agricultural Markets, Value Addition and Trade Development (AMVAT) project manager at FAO.

“While we are working to improve their seeds, the project also provides them with value addition and post- harvest handling equipment of their produce.”

The African Development Bank says enhancing agricultural productivity and boosting the marketing and trade of agricultural products in South Sudan will help increase the incomes of farming families, most of whom have now returned to their homes after being displaced by conflict.

“The project will create aggregation business opportunities for farmers and traders, including women and youth, and provide them with new skills and the agro-processing equipment they need to produce competitive products,” the bank notes on its website.

Twenty aggregation business centres will serve as ‘one-stop shops’ where farmers can access extension services and connect to markets for their value-added products.

Farmer groups joining the aggregation centres will have their products not only tested and quality certified, but also traded with the private sector on their behalf.

The aggregation business centres will be complemented by 10 seed enterprise groups providing improved seeds to 100 business producer associations. South Sudan has considerable unrealised agricultural potential, but the effects of conflict combined with flooding have held back food production, resulting in a huge food import bill.

Despite the implementation of a peace deal in the country, 7.74 million people were projected to be food insecure in mid-2022. The findings of the 2021 FAO/WFP Crop and Food Security Assessment Mission (CFSAM) estimated the aggregate cereal production in the country at about 840,000 tonnes, which is 4.0 percent down from the 2020 output, and well below the pre- conflict levels.

The findings published in July said the year-on-year decrease in cereal production is mainly driven by reduced yields due to widespread floods and prolonged dry spells.

It said the overall cereal deficit in the 2022 marketing year (January/ December) is estimated at about 541,000 tonnes, about 16 percent above the near average deficit estimated in 2021. FAO noted that for a land-locked country such as South Sudan experiencing weak urban and peri- urban infrastructure, good access to markets is a necessary condition for farming to be profitable and to reduce risk of loss of surplus farm produce.

Agricultural and food products struggle to find their way to international markets partly due to the lack of adequate food quality controls.

The AMVAT project therefore seeks to ensure quality food production with globally recognised safety and standards, and more yields for consumption and export, Hannington said. Being undertaken in Central Equatoria State, Eastern Equatoria and Jonglei, the AMVAT project is working with 100 farmer cooperatives and has reached 7,000 small holder farmers in five counties.

It is already benefiting 224 farmer groups out of a targeted 667, he said. “Food quality productivity is very key and as such this project is providing foundation seeds and skills to multiply them to the farmers,” Hannington said.

“The agriculture sector becomes very competitive by increasing productivity through value addition. Once the market access is guaranteed, skills of the farmers are improved and high standards of production realised, there will be a high increase in income,” he concluded.