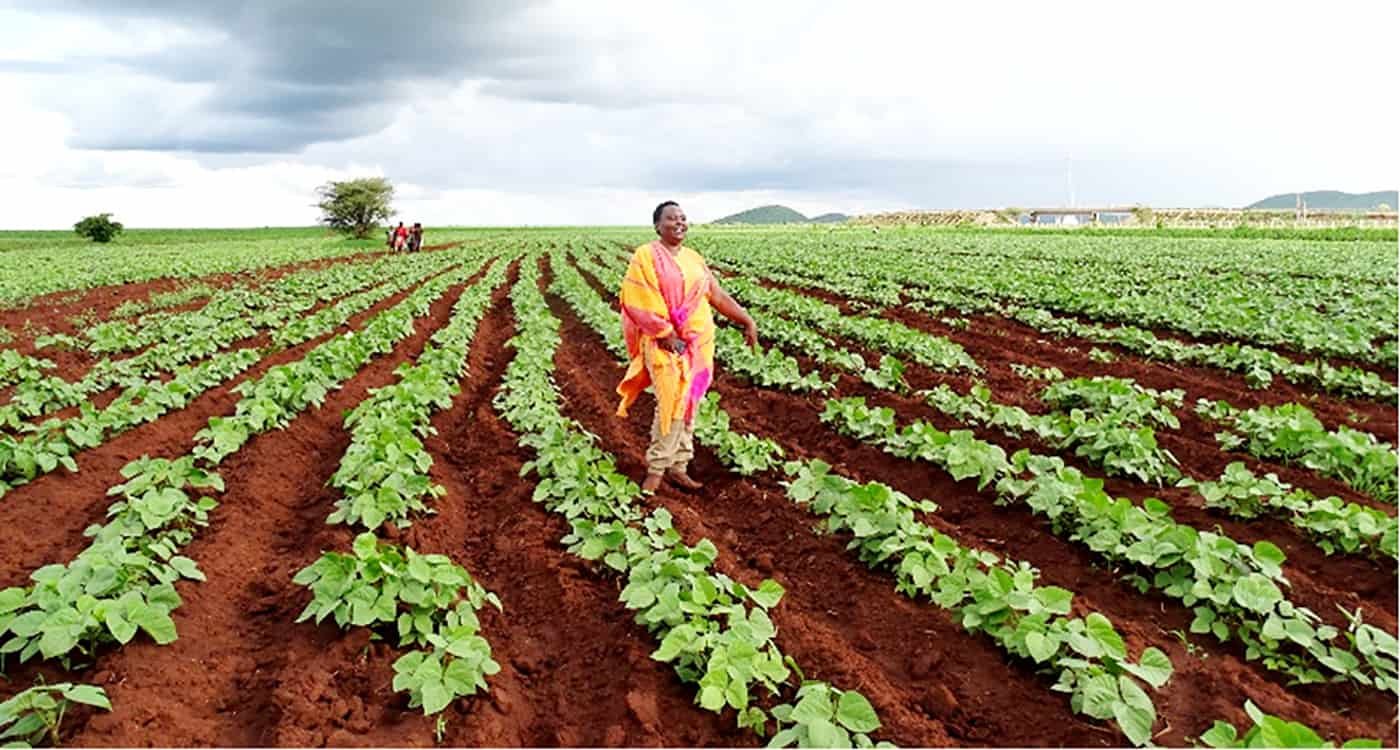 Download PDF
F
OR many years, farmers in Kenya’s lower Ukambani region would be disadavantaged around the months of July and August because of crop failures.

But no amount of loss would stop them from continuing to grow maize and beans every other season, holding onto traditional beliefs about other crops.

“Most smallholder farmers insisted on growing maize and beans claiming it was impossible to avoid them,” said Amos Ndunda, the Director of Agriculture in the Makueni county government.

“Our advice as county agriculture experts, has always been that they venture into other droughttolerant or resilient crops with high nutritional value.” With the weather conditions becoming more unpredictable and the losses mounting,

the farmers have in recent years began to listen to advise on climate-smart production and consumption systems from the county’s extension officers.

Today, many smallholder farmers in the region are diversifying to sorghum, millet, pigeon peas and green grams. Growing of sunflower and fruits such as mangoes, oranges, paw-paw, yellow passion fruits, and bananas on a commercial scale is also catching on.

“We realised that depending heavily on maize and beans using unsuitable techniques affected yields. After attending trainings, we are shifting from growing maize and beans alone to sorghum, millet, green grams and yellow passions among others which have higher nutritional value and fetch money as well,” said Joseph Muinde, a farmer at Kaani in Kathiani Constituency. Muinde grows the yellow passion fruit on his quarter acre farm and supplies the produce to Mulleys Supermarket, which processes juice and sells to customers.

“Demand for the produce is especially high during festive seasons like December and I have no regrets switching to the crop,” Muinde said.

“Before introduction of alternative cereals, we would end up miserable during Christmas.

Reason being, we would not have surplus produce to sell for cheering up our families,” recalls.

Beth Munuvi belongs to the Yatta Farm Growers Community-Based Organisation in Machakos County, which aggregates produce from its 100 members and sells to wholesale buyers.

Before embracing green grams and pigeon peas, she, like many of her neighbours, shunned such crops arguing they were food for poor families. “I must say, some crops were earmarked by residents as ‘orphan crops’ so none were grown or traded in local markets.

Such cereals crops were reserved at homes for poor families’ consumption but currently, are main source of community income,” Ms Munuvi revealed. Ruth Mutua, the Machakos Agriculture Executive, said the county government’s extension officers had intensified training farmers on organic agriculture, in addition to encouraging them to diversify their farming and produce larger quantities for the export market.

“We have realised it is possible to commercialise produce in this region. We believe the crops can withstand harsh weather and change the lives of Ukambani residents for the better,” Ms Mutua said.

Conventional farming, she said, is both costly to the farmers and the environment as it involves the use synthetic fertilisers, fungicides, pesticides, and herbicides to improve soil fertility, kill pests and protect crops from diseases.

“We are in a semi-arid region and organic farming helps maintain soil aeration by ensuring microbial breakdown of organic residue.

It makes possible for crops to grow and for soils to be productive naturally without use of chemical fertilisers,” Ms Mutua said.

In addition to boosting their household incomes, the farmers and their families are also eating healthier, with most of the new crops they are growing having much higher nutritional value than maize.