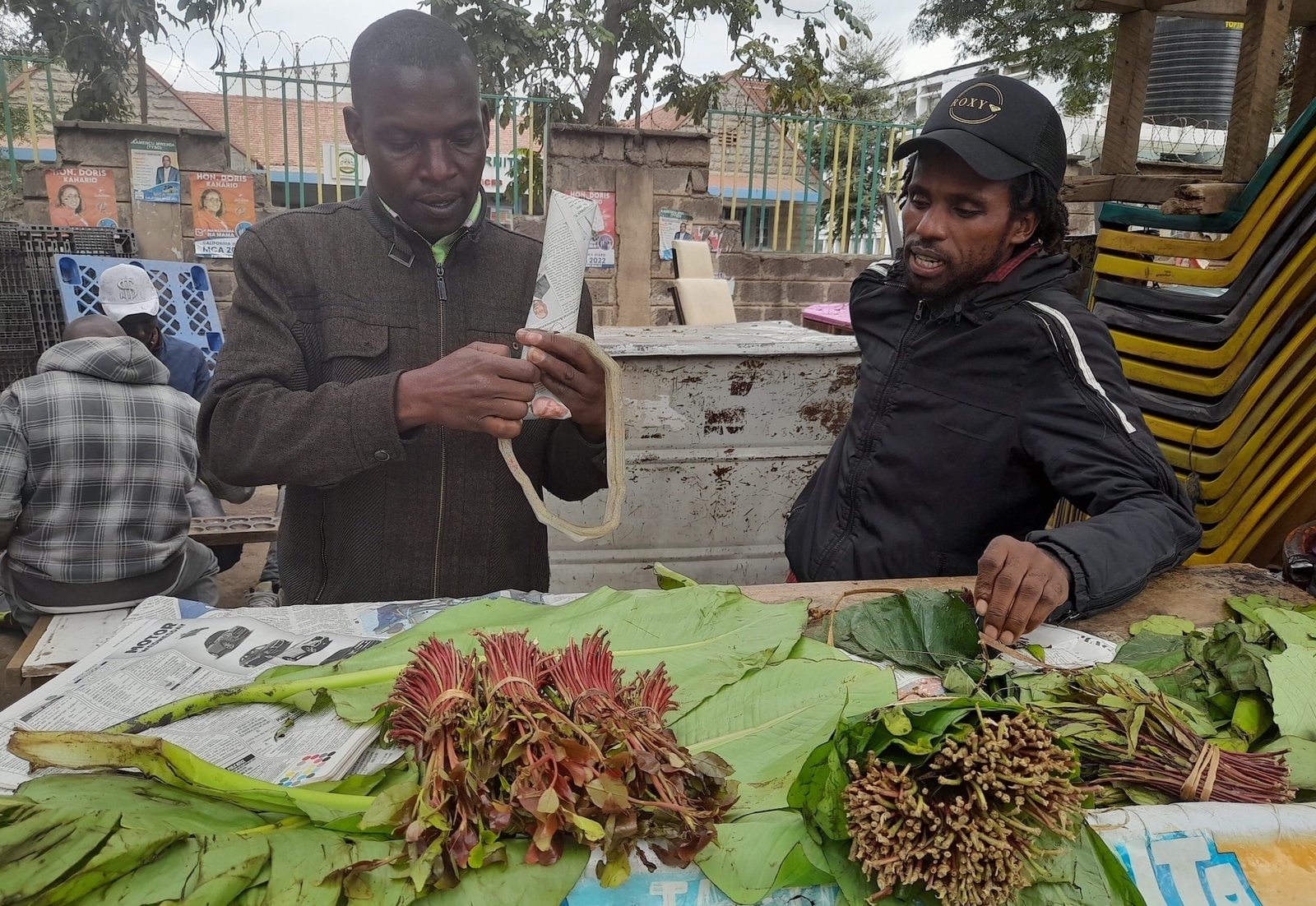 The regulations published in June require miraa farmers and traders to comply with high quality and safety standards (KNWA 2940:2021) in the production, processing and packaging of the produce to make the produce competitive in the local and export markets.

The rules also seek to shield farmers from exploitation by brokers or middlemen by organizing themselves as formal business entities and bring order to a sector that has gained notoriety for the dangerous driving of its transportation trucks.

“The Crops (Miraa) (Amendments) Regulations, 2022 are going to improve and address various gaps that currently exist in the miraa value chain. They will demonstrate the procedures and conditions for people to deal with the miraa crop as well as guide on the issues of compliance with standards, quality and safety of miraa for the export market,” Mr Felix Mutwiri, the Agriculture and Food Authority (AFA) Acting Director for Pyrethrum, Miraa and Industrial Crops Directorate, told PanAfrican Agriculture in an interview.

“We will no longer have ‘flying cars’ from Meru, Embu and Tharaka Nithi counties transporting the product to Nairobi, Mombasa or other major destinations.

Farmers and even traders will embrace modern technology as we explore to have cold storage sheds at the collection centers as well as have refrigerated or aerated vehicles that will be transporting the miraa crop.

” The new regulations are also expected to facilitate trade by having farmers, traders and associations register and licensed to improve collection and maintenance of data related to the sector.

“The aspect of compliance and enforcement of standards will also come into place for the assurance of products. This will be a value proposition as miraa will now be able to meet the requirements of the European retailer’s protocol on good agricultural practices,” Mr Mutwiri said.

The stimulant, grown as a major cash crop in Kenya’s Eastern region, is largely exported to Somalia after European countries classified it as a drug and banned its use.

Kenya’s miraa exports to Somalia resumed under the new regulations in August after three years following a diplomatic row between the two countries. The regulations earlier had imposed a levy on miraa exports, whose non- payment to AFA attracted heavy penalties.

However, following concerns raised by some industry players regarding the miraa levies the Cabinet Secretary Ministry of Agriculture, Livestock, Fisheries and Cooperatives amended the regulations by deleting regulation 29.

Any levy imposed under this regulation which remained unpaid was to be recovered by the Authority as a civil debt due to it from the person by whom it is payable.

So that there was ownership and input from interested parties,” he said. Some aspects of the new rules, including the levy, had not gone down well with traders.

Nyambene Miraa Traders Association chairman Kimathi Munjuri has said the association had welcomed the publication of the regulations, saying they will address malpractices among traders and aggregators and help streamline the khat business in the country.

However, he had concerns about the new levies saying the amounts were higher than what was agreed during the stakeholder validation meeting.

“When the development of these regulations was being done, a stakeholders validation meeting was held for public participation and as stakeholders we agreed on a certain and specific amount to be paid as levy and for licence but what we had seen on the published document was quite different,” Mr Kimathi said.

The regulations had required traders to part with Sh30 for every kilogramme of miraa exported as levy and Sh20, 000 for a licence. The new regulations had also been met by opposition from the local authorities, with the former Meru County Governor Kiraitu Murungi threatening a legal suit to have the levy and the licence fees revoked.

The levies, he said, were out of reach for many traders. “Agriculture is a devolved function and there is no way we can be subject to regulations that were made without our input. They are illegal, unconstitutional, null and void,” Mr Murungi said at the height of the election campaigns. Jacob Manyara, a miraa vendor in Nairobi, said the new regulations had not sufficiently addressed the concerns of local market players.

“The government has done very little for miraa vendors. We have seen the both the national and county governments build markets for other vendors selling mangoes, vegetables and cereals but if you go to any part of the country, you won’t find even a shade or market built for miraa vendors,” said Mr Manyara, who has been a miraa vendor in Nairobi’s Eastleigh area for over 20 years.

The growth and development of any industry is determined by market forces. In Kenya Miraa producers have traditionally targeted domestic markets in major towns and export markets. Europe was the second largest market for miraa after Somalia prior to the ban in Netherlands in 2012 and United Kingdom in 2014. The major export markets before the ban were; United States of America, Canada, the United Kingdom, Germany, the Netherlands, Switzerland, Norway, Sweden and Denmark.

The decision by Britain to ban the export of the plant in 2014 led to the loss of incomes in the growing regions considering that Kenya fetched an estimated £12.7 million from the sale of miraa to the UK in 2010. According to AFA, closure of the miraa markets has been contributed largely due to the perception of Miraa as a drug of abuse, association of the commodity with the international control of cathine and cathinone under the UN Convention on Psychotropic Substances (1971).

There is also increased negative publicity from the civil society which enhances market barriers as well as competition from other producing Countries and the lack of organized production, handling, food safety and traceability standards.