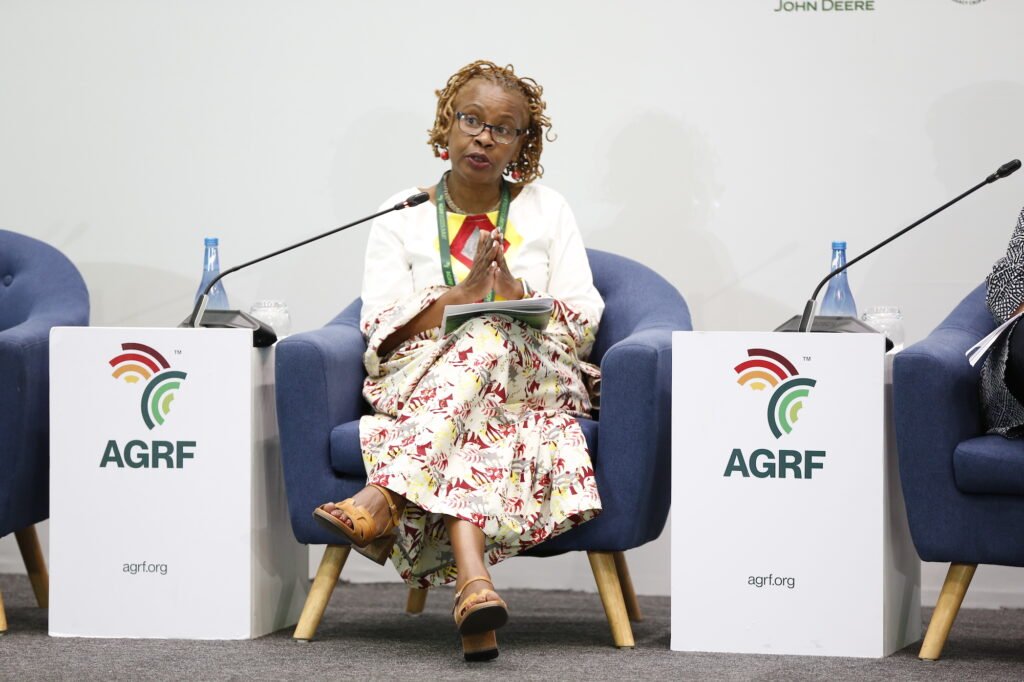 Kawira Cianki, Jack Otieno
Download PDF
T
HE narrative around gender inequality in Africa’s agriculture has changed significantly since the 1980s when Susan Kaaria went around on a bicycle advising farmers in Kenya’s Meru County on the benefits of adopting better farming practices.

It was common for people then, for example, to refer to a farmer as a ‘he’ in conversations or meetings, entrenching the notion that farming was a man’s job.

“Sometimes if you look at the statistics you would think nothing has changed, but a lot has changed. Now you do that [refer to a farmer as a ‘he’] and people will frown upon that.

There is also increased awareness that [government] policies and programmes such as those on tools, technology and innovations pay attention to the needs and priorities of women.

We are not there yet but we have made strides,” says Dr Kaaria, an international development specialist who started her career as an agricultural field extension officer.

But Dr Kaaria, currently the Director of African Women in Agricultural Research and Development (AWARD), is frustrated at the slow pace of change and the continued existence of barriers that make it difficult for women to contribute more meaningfully to agriculture

Women agricultural researchers, for example, constitute less than a quarter (24 percent) of researchers in sub-Saharan Africa and only seven percent of these are in leadership positions. Experts say the underrepresentation of women in research means that their unique perspectives on issues such as nutrition, access to inputs and to markets are often overlooked in policies and innovations.

Studies by the Food and Agriculture Organisation of the United Nations (FAO) have linked giving women access to productive resources like land and farm inputs to increased agricultural productivity.

In her past role as a Programme Officer at Ford Foundation Office for Eastern Africa, Dr Kaaria witnessed the immense impact of grants for programmes aiming to improve rural women’s livelihoods.

“Working at Ford Foundation gave me the opportunity to fund innovative ideas and support microfinance institutions to develop financial products friendly to women. For dairy farmers, for example, it was crucial to have insurance for every cow. You would be amazed at how much the women were able to achieve with just a small loan,” she recalls.

As part of efforts to level the playing field, AWARD is helping women to advance careers and become leaders and champions of inclusion in agricultural research and development through its Fellowships which offer tailored training to enhance leadership skills and foster mentoring partnerships to catalyse intergenerational learning.

Our fellowships are tailored to enhance leadership capacities of African researchers, foster intergenerational learning and continental collaborations, ensuring that our research systems benefit from the wealth knowledge and talent available on the continent and beyond,” says Dr Kaaria.

“Before they can be effective agricultural research leaders, African researchers must first be scientists of uncompromising quality. As such, strengthening the scientific research skills of the fellows is a critical component of our fellowships. The fellowships equip the women researchers with leadership skills, negotiation skills, scientific writing, publishing skills and mentoring skills.”

Since 2008, AWARD’s training programmes have benefited 8,274 individuals, from 274 institutions in 66 African countries. Its fellowship pipeline has produced 1,635 women agricultural research leaders over that period, including Josephine Okot, the Ugandan entrepreneur and founder of Victoria Seeds Ltd who won the prestigious Africa Food Prize in 2007 for establishing a successful export- oriented seed enterprise. The US$100,000 prize is awarded annually to recognise an outstanding individual or institution that is leading the effort to transform farming in Africa.

Dr Kaaria, who joined AWARD in February this year, says she got to see the impact of the organisation up close in September while attending the AGRF [African Green Revolution Forum] 2022 Summit in Kigali, Rwanda.

The annual forum convenes the who is who in Africa’s agriculture to share lessons and discuss practical actions needed to move the continent’s food security agenda forward.

“I met many delegates who told me they had participated in the AWARD Fellowship programmes, and they made me feel very proud,” says Dr Kaaria. 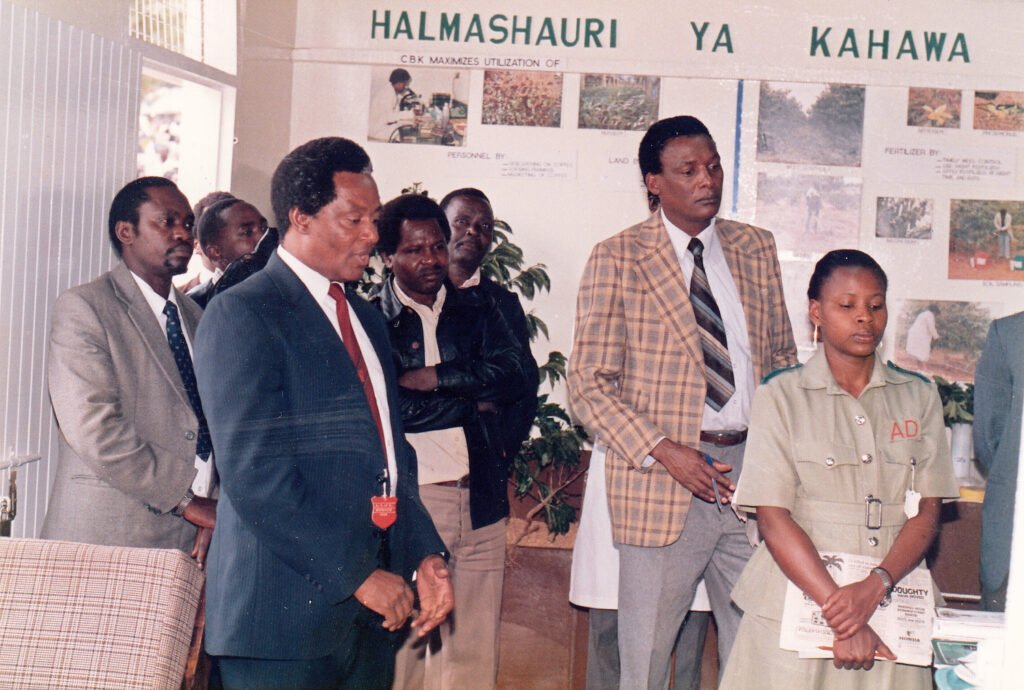 This year’s forum, held against the backdrop of a food crisis on the continent fuelled by the Covid-19 pandemic and the Russia-Ukraine war, emphasised the need for policy reforms to build resilience in food systems and achieve self-sufficiency.

Driven by our ambition to inspire African researchers working on food systems and demonstrate the possibilities in this area, AWARD facilitated its One Planet Laureate Candidates to participate in this year’s AGRF.

It brings gender into the climate change conversation, equipping African researchers to develop innovative solutions that effectively respond to the challenges, needs, and priorities of men and women smallholders in the unique African farming systems.

At AGRF, the One Planet Laureate Candidates interacted with the key actors in African agri-food systems, enabling them to contextualise their research in emerging global trends and identify entry points for their contribution to global conversations.

The One Planet Fellowship, a coalition of the One Planet Summit, is a unique partnership of private philanthropists and public research funders working to enhance research capacity on the African content.

Similarly, some of the solutions might also come from the Fellows of AWARD’s newest career development programme — the Gender Responsive Agriculture Systems Policy (GRASP) Fellowship.

The programme – funded by the United States Agency for International Development (USAID) – targets middle-career African women in the policy field to catalyse implementation of gender-responsive agricultural policies across Africa.

“It is not enough to have policies; the policies must be well-designed and based on evidence to address the real issues facing African agri-food systems.

We need agricultural policies that can help to close the gender gap in agriculture and rural labour markets, generate gains in agricultural productivity, increase food security, and foster economic growth,” says Dr Kaaria. “Through the GRASP Fellowship, we aim to grow a pool of confident and capable African women to lead policy changes to improve African women and men smallholders’ livelihoods.” Women selected to join the programme will receive training on leadership, mentoring, policy advocacy, and gender in agriculture policy.

Dr Kaaria says she is excited about the GRASP Fellowship because of its potential to transform Africa’s agri-food systems, citing the African Development Bank’s Feed Africa Strategy for Agricultural Transformation, which emphasises equality and inclusion in policies.

“By supporting African women working in policy, this fellowship aims to promote a more inclusive and gender-equitable African agriculture, and to unlock the leadership potential of Africa’s women in agri-food systems transformation,” she says. Dr Kaaria, who has more than 20 years of experience in development work and herself a past beneficiary of the AWARD Training programs, is a strong advocate of women advancing their professional careers, saying it gives them a better shot at succeeding in their roles in institutions and uplifting the lives of marginalised women and girls.

She was inspired to pursue a postgraduate degree by her frustrations at sometimes not being able to adequately address the struggles of the female farmers she interacted with in her first job as an agricultural extension officer. “There was so much to learn from sitting with farmers, including the particular challenges women face.

But after three years as a field officer, I thought I needed to be in a position where I can help more and chose to enrol for a Master’s degree at Iowa State University in the USA,” says Dr Kaaria, who graduated with her first degree in agriculture at the University of Eastern Africa in Kenya.

On her return to Kenya with a Master’s degree in Agricultural Economics, she joined Egerton University as a lecturer.

She has fond memories of her three years at the university teaching and mentoring undergraduate female students looking to pursue careers in agriculture.

“Being taught by a young female lecturer was useful because I could tell them, ‘been there, done that’, including travelling on bicycles to visit farmers,” says Dr Kaaria.

Her PhD studies at University of Minnesota put her on a firm path to a career in research and international development. It all began in Malawi where while attached to the Malawi Office of the World Agroforestry Centre (ICRAF), she conducted research among rural farming communities between 1996 and 1997 during her PhD in Natural Resource Economics.

“Malawi changed my life. I had never seen that kind of poverty in my life. At that moment I realized that it was going to be important that my research should not only lead to publications but should always aim to improve the livelihoods of rural communities.

She would go ahead to work as a senior scientist at the International Center for Tropical Agriculture (CIAT) in Colombia and then later in Uganda, with her research aiming to develop participatory tools for catalysing rural innovation processes and increasing access and benefits from market opportunities, by poor and marginalised groups, especially women.

“The women farmers that we worked with initially lacked the courage to speak up in meetings, and would often be found sitting right at the back, behind the men. In the end, I was happy to see some of them join the market committees and go out to look for markets for their produce. And not only that, they made enough to buy themselves Chitenges (African print cloth).

If you can make a difference in Malawi, you can make a difference anywhere,” says Dr Kaaria. Before taking up her latest job at AWARD, she was the team leader for gender at FAO in Rome, Italy, from where she led a team of gender experts that were developing tools, methods, and generating data needed to support governments and other stakeholders to integrate gender in agricultural and food security policies, programmes and strategies.

“One of the things that COVID gave us was the moment to reflect. After 9 years away, I started asking myself, ‘is this it? Is there something I can contribute to Africa’? I came to AWARD with a lot of excitement. My vision is to make it the go- to institution when it comes to promoting gender equality in agriculture in Africa,” says Dr Kaaria.