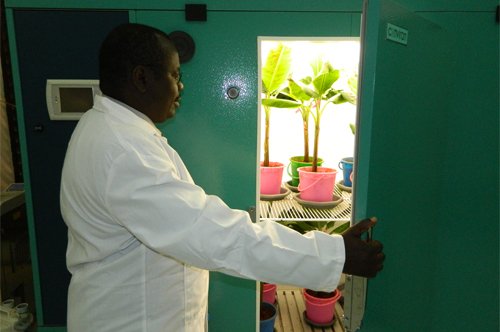 A scientist inside a gene editing laboratory. Photo Credit: NBA

This means that techniques like site-directed nucleases (SDN-1), used by scientists to improve market-oriented traits in crops, will now be regulated as conventional breeding.

But researchers wishing to undertake a project involving gene editing are still required to consult NBA, including submitting data on the experimental processes and end product to the regulator to establish whether it should be regulated.

“The decision on early consultation by the NBA will be communicated to the applicant within 30 working days. However, genome editing projects that do not have the required data will be regulated under the Biosafety (Contained Use) Regulations 2011,” says the NBA.

Decisions regarding GMOs are typically communicated to the applicants between 90 and150 days. Under the new guidelines, genome editing techniques that may alter the complete genetic information of organisms resulting in either a GMO or organisms that are not distinguishable from those developed from conventional breeding or natural selection will be subjected to scrutiny under the Biosafety Act.

The law enacted in 2009 mandates the NBA to supervise and control the development, transfer, handling and use of GMOs to ensure the safety of human and animal health and protect the environment.

But there have been uncertainties over the regulation of genome editing – which enables researchers to change specific genes in an organism’s own DNA or to insert a new DNA in a target manner – despite a recognition of its enormous potential to improve crop and animal production and health “Possible applications of genome editing in crops include biofortification, resistance to diseases and abiotic stress (e.g., drought), herbicide tolerance, male/female sterility, altering of flowering time etc.

Applications in livestock include improved productivity e.g. muscle of meat, improved quality of products e.g. reduced allergenicity in milk, animal health and welfare e.g. resistance to diseases and hornless cows among others,” says the NBA.

The technology has, however, run into regulatory headwinds in some parts of the world, especially in the EU where gene editing products are classified as GMOs.

The newly published guidelines show that Kenya has followed the more progressive path taken by Argentina, Australia, Brazil, Canada, Chile, Colombia, Honduras, Japan and the US on regulating genome editing.

The East African country is reputed to have some of the most progressive regulations for modern biotechnology and is one of only seven countries in Africa to have allowed commercial growing of GM crops so far.

The country also boasts reasonable technical capacity for biotech research and safety regulation, with its well-equipped modern biotechnology laboratory at the State-funded Kenya Agricultural and Livestock Research Organisation (KALRO), a credible regulator, and a good number of Ph.D. graduates in the field from local and foreign universities.

But a 2012 ban on GMO imports, imposed by the Ministry of Health on safety concerns raised in the discredited Seralini study released by a French university, has been seen to slow down research and commercial release of GM crops.

The ban has recently emerged as a sticking point in the ongoing free trade negotiations between Kenya and the US, with Washington raising concerns about some of its agricultural exports being locked out of the East African nation’s market. 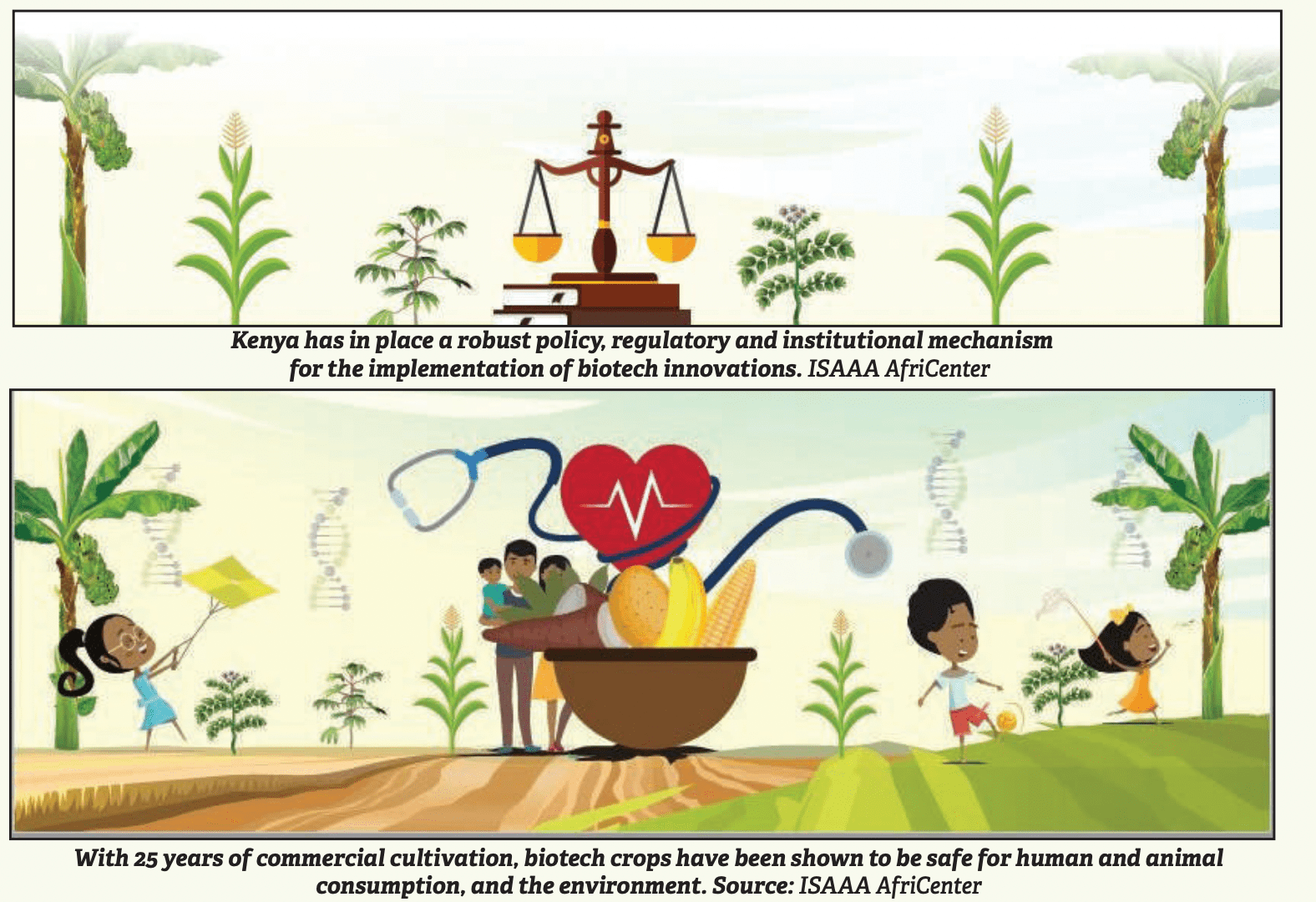