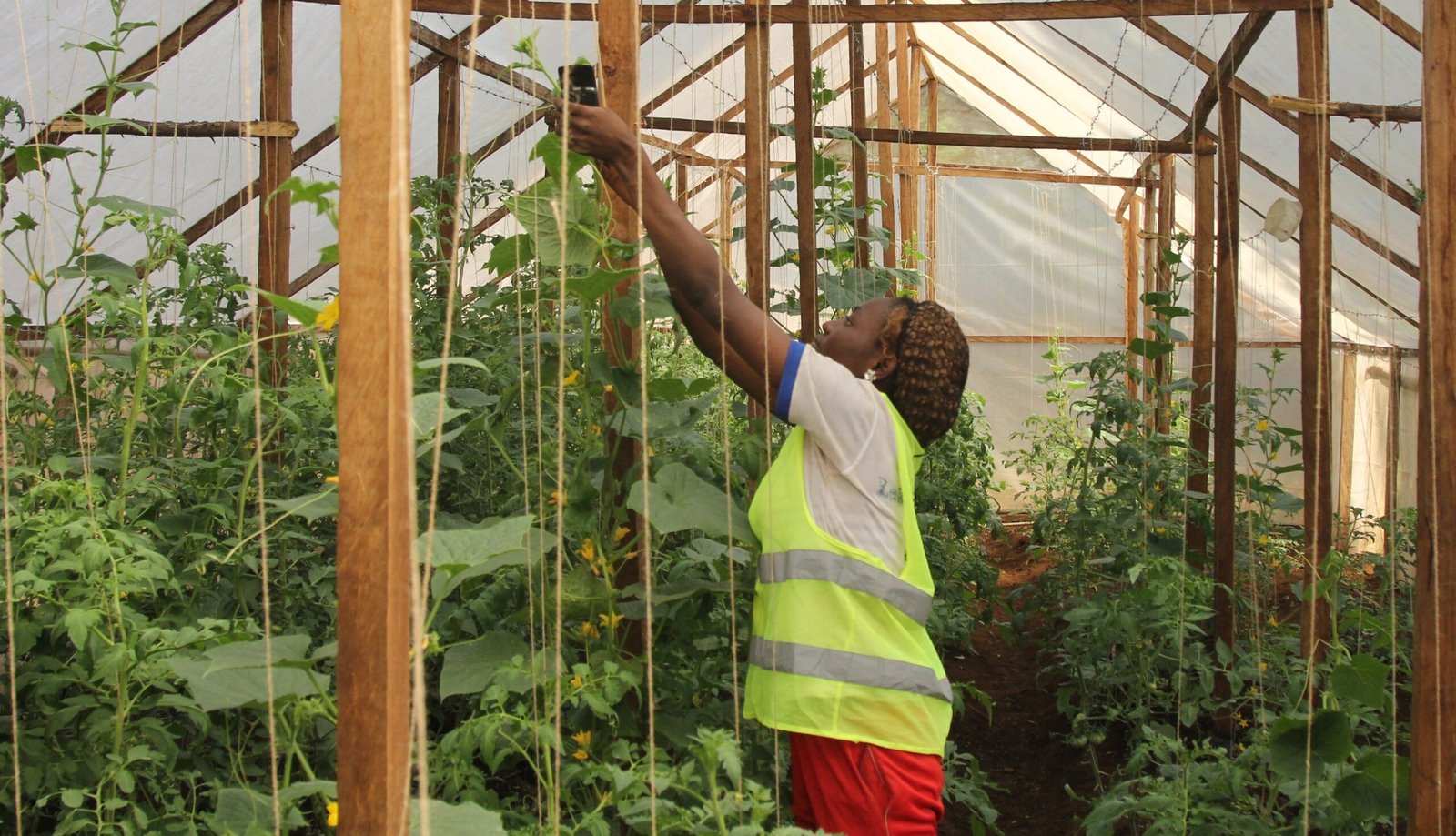 Save Our Agriculture rope assisted greenhouse tomatoes.
Download PDF
U
RBAN farmers in Cameroon are breaking new ground in gardening thanks to the aquaponics technology that permits them to rear fish and grow vegetables together in a confined space without having to use soil and chemical fertilisers.

In the country’s big cities of Yaounde and Douala it is common to see aquaponics gardens set up in apartments by landlords and tenants keen to produce their own food and earn additional income.

Farmers are attracted to the new method of cultivation because it saves them the trouble of having to acquire farmland outside the cities, requires less water and limited costs are involved.

“The aquaponics farming method is much better than the use of farmland. It gives quality production and it is costeffective. I have been able to earn additional income from urban gardening,” says Ebot Emmanuel, a teacher and vegetable farmer in Yaounde.

The idea is believed to have been first applied by ancient Chinese farmers to raise ducks, fish and rice before gaining worldwide popularity in recent years and spreading across Africa.

In Cameroon, Save Our Agriculture, an agri-tech start-up founded by 28-year-old agricultural engineer Flavien Kouatcha in 2016, has been promoting the use of aquaponics kits for gardening among city dwellers.

Kouatcha says the aquaponics system can produce four times more food than traditional farming methods and is one of the best for urban gardening.

It combines conventional aquaculture (fish rearing) with hydroponics (cultivating plants in water) in a symbiotic environment. The fish grow in the containers until they reach the size desired by their breeder and are ready for consumption.

The plants thrive on excrement produced by fish, while the recycled and purified water goes back to the fish tanks.

The fish waste provides an organic food source for the plants and the plants naturally filter the water for the fish.

“The system also solves the problem of pollution and waste disposal from fish farming, which is particularly bad in coastal towns like Douala, Kribi and Limbe,” says Kouatcha.

Save Our Agriculture makes aquaponics kits, which can be used as nurseries for vegetables, juvenile fish, water and fish feed.

A basic 150m2 aquaponics kit sells for 80,000 CFA francs (approximately USD 412) and is recommended for individual or domestic customers, who use the kits to grow vegetables such as pepper and tomatoes as well as aromatic herbs and rear fish.

The bigger 250 m2 model, which sells for 250,000 CFA francs, is mainly suitable for use by hotel and restaurant owners. Kouatcha says the technology is attracting many more youth groups and customers interested in learning how to use the kits. “We are also glad that with the training of more youth on the use of aquaponics kits we are able to create jobs and help the government fight unemployment,” he says.

In addition to its ecological benefits, aquaponics is also offering a solution to the problem of high food costs in Cameroonian cities.

Dellor Kandem, the president of the Consumers Association in Yaounde, says that the steady supplies of vegetables and fish in the urban markets have kept prices stable. Environment experts say the method is climate-friendly as well.

“Across Africa, a growing number of urban farmers are tapping into aquaponics technology that does not depend on rain and uses no chemical additives.

The water is simply purified and recycled,” says Zachee Nzohngandembou CEO of the Centre for Environment and Rural Transformation (CERUT), an NGO that promotes quality food crop production. 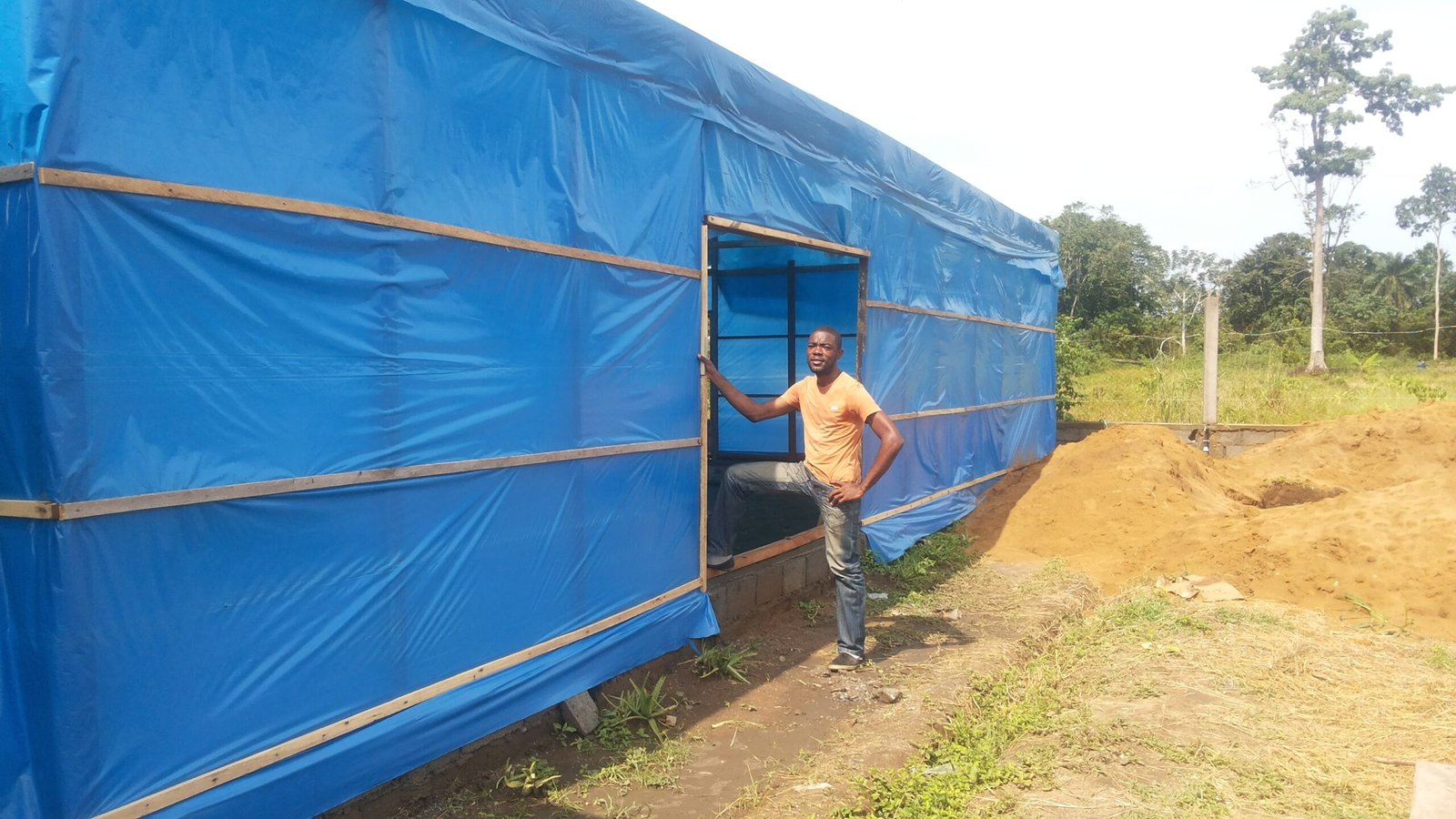 Save Our Agriculture founder Flavien Kouatcha at his aquaponics garden in