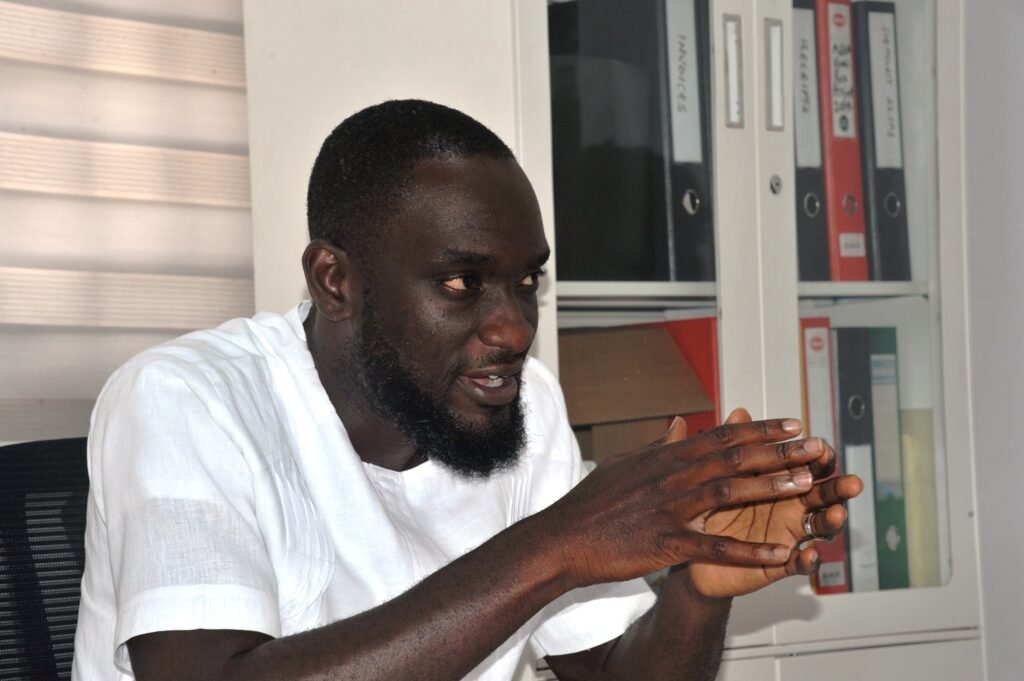 N
ANA OwusuAchau, an under 35 computer science and information studies graduate from America’s Calvin University with experience in tech investment skills on Wall Street, founded a real estate firm in Ghana in 2013.

But a small gift of rice given to him by a local chief while working on a housing project in Akuse area, 73 km north of Ghanaian capital Accra, drew him to agribusiness. “I stumbled on rice, when I went to the Akuse area on a project of building houses on islands.

A chief in the town gave me rice from the community to try out. After that, we ended up where we are today. I started out with an initial capital of 12,000 Ghana Cedis from the real estate business,” says Owusu-Achau.

His company Agro Kings today exports quality rice to Europe and sells, among other products, bulk of the rice under the popular brand name, Nana’s Rice and chilli pepper sauces known as Shito on the Ghanaian market. It employs 35 administrative staff, 40 full-time farm workers, and 250 casual labourers on the nucleus farm.

About 1,500 farm hands work with the 300 smallholder farmers who serve as out-growers for the company. On its own nucleus farm the company has planted about 120 acres, turning out 500 metric tons of rice in the 2021 crop season and plans to do about that same size in 2022.

In addition, Owusu-Achau works with about 300 out-growers, each of whom does an average of two and half acres in a season. The young agro-entrepreneur says that his decision to venture into agriculture was due to its enormous impact on economic growth, food security and job creation for Africa where arable land is in abundance.

“One thing that is common to all of us is that we all eat. We may not all be able to buy cars, and there might be floods, but at the end of the day, we all have to get food to eat. While investments in infrastructure,

electricity, oil and gas, and other socio-economic infrastructure are important, there is an even bigger reason for us to invest in agriculture,” he says. “We have a population growing at a rate that no other part of the world is experiencing, and nearly 60 percent of Africa’s population is under 25 years.

In that case, we Africans must look at our own challenges and find solutions to them. I read somewhere that we were using less than 10 percent of our arable lands in producing crops in 2013.

I am of the view that agriculture is the next gold if only we treat it with the sort of seriousness it needs, and that’s one of the things that motivated me to take up agriculture investment.

” Owusu-Achau’s country, Ghana has recorded a steady increase in rice consumption over recent decades due to population growth, urbanisation, and changes in consumer habits, according to the United Nations Industrial Development Organization.

But multiple challenges, including reliance on rain-fed farming, are holding back the potential of rice production.

Agro-King has overcome the seasonality problem by storing rainwater in lagoons and channeling the water through gravity canals to irrigate its farms, allowing production throughout the year.

It practices a circular economy in agriculture, whereby nothing goes waste. Crop and animal waste is used as feed for poultry, livestock, and fish and as organic manure. The company has also invested in warehousing, processing, and distribution.

Owusu-Achau says agribusiness start-ups in Africa need to devise more innovative ways of raising capital for their investments with many banks still reluctant to finance them, citing risks associated with agriculture.

“Micro-financing institutions will ask for your house, car and all other things and enslave you for life. But go to people who can buy into your vision, and do that diligently. What we do is the FFF model. We call it “Family, Friends and Fools,” he says.

“I say ‘Fools’, not in a derogatory manner, but people who are foolish enough to believe that the vision we have can come to fruition. But for the first seven acres, I used about 12,000 Ghana cedis from my savings and it worked out well.

” In the early stages of the business, he recalls carrying around the company’s products while out pitching to prospective investors.

He would also offer to pay these investors interest rates they could not get elsewhere. “Some of them actually saw the products on the market and thought that it was something they could put money in. So about five different people gave us money, and whenever we harvest, we give their money back with interest,” he says.

“The goal for me, as I continued with the ‘Family, Friends and Fools’ model, was reach that point where I could approach the banks and convince them that I am a viable enough business that they can support.

And we are right at the point where we are now looking for funding through banks and investment vehicles.” While he acknowledges the fact that there are challenges financing agriculture, he believes the risks tend to be exaggerated.

Whenever an opportunity arises, he invites prospective investors to the farm to get an experience of practices in a bid to debunk the notion that agriculture is too risky. “Yes, every business is risky. You can buy a vehicle to use for commercial purposes but get involved in an accident just the first day, but people don’t think about accidents when buying cars.

They assume they will keep the car for a while. In the same way agriculture has some risks, but the risks are not insurmountable,” he says. He believes African governments should lead the way by increasing investments in agriculture, offering the right incentives to attract young people to agribusiness and promoting local products.

“There are programmes, but the problem is not just on the input side. There are severe challenges with post-harvest losses, problems with young people being able to enter into the agriculture space. So we do need to make that 10 percent annual investment in agriculture as prescribed by the Maputo and Malabo declarations,” he says.

“People believe this is part of the colonial legacy. But we hope to change that narrative. Ghana currently consumes over a million tons of rice annually. My farm, even at full capacity, would have produced only 40,000 tons of rice each year. But if the locals embrace the products as much as the foreigners do, I would not even have the volumes to be able to export.”