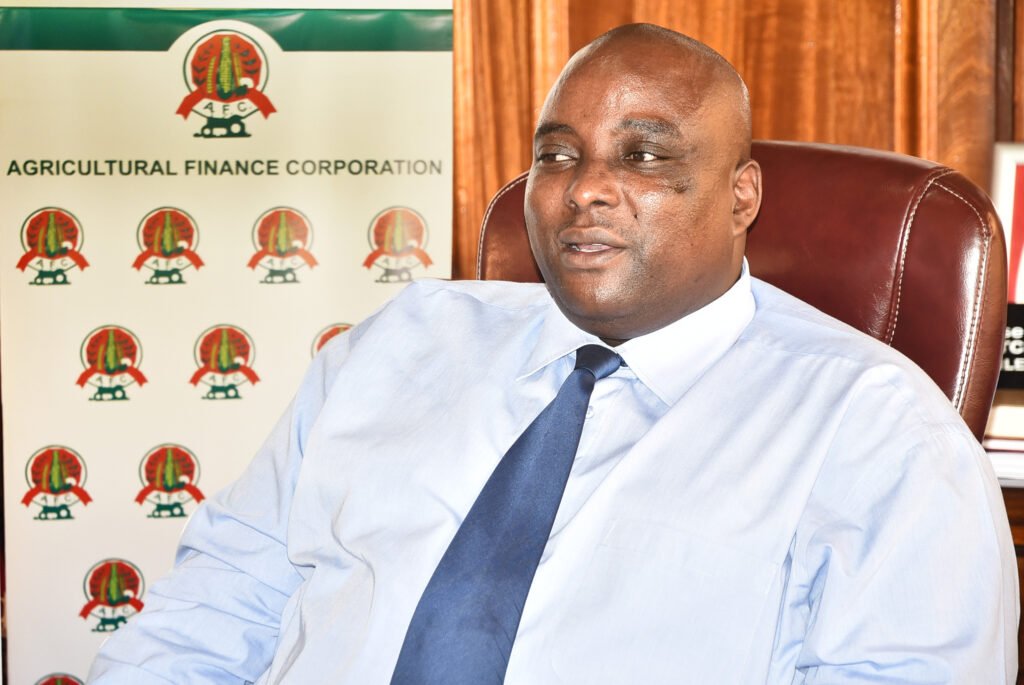 Commercial banks have successfully lobbied for a return to risk-based pricing of loans, raising fears that sectors traditionally shunned and perceived as risky such as agriculture might suffer even more. The financing problems of Kenya’s agricultural sector mirror those of other African countries.

According to a report by the African Development Bank, less than three percent of total bank lending in Africa goes to a sector that accounts for about 70 percent of all employment and more than 40 percent of GDP.

But Mr. Kubai, the AFC Managing Director, prefers to take a positive view of the unfolding situation.

“Agriculture is the backbone of the economy and is very promising. It is wrong to shun it as risky, what we need to do is de-risk it. As the financier that best understands agriculture in the country we don’t see our interest rates going up above the current 10 percent.

The government is also implementing the credit guarantee scheme with selected commercial banks to unlock loans to MSMEs [micro, small and medium enterprises],” he says.

Under the credit guarantee scheme, the government provided Sh3 billion as seed capital and undertook to compensate the commercial banks for part of any defaults on loans advanced to MSMEs.

Mr. Kubai says AFC could have some role in the scheme in the future once a policy framework is developed. But he is keen to allay any concerns that the State corporation’s involvement in the market would amount to competition with the commercial banks.

“However, in terms of our credit offerings, our rates are very competitive, at 10 percent per annum. You are unlikely to find an equivalent in the market. AFC has a variety of products, which include livestock loans, cash crop loans, agribusiness loans, seasonal crop loans, water development loans,, horticulture loans among others,” he says.

AFC has its roots in colonial-era agriculture, having started off in 1933 as a land bank financing settler farmers. Upon independence in 1963, it was established as a subsidiary of the Land and Agricultural Bank to cater to the capital needs of African farmers.

It was, in 1969, reconstituted under the Agriculture Finance Corporation Act (Cap 323) with a new mandate to assist in the development of agriculture and agricultural industries by offering loans to farmers, cooperative societies, incorporated group representatives, private companies, public bodies, local authorities and other persons engaging in agriculture.

The biggest challenge for AFC is inadequate financial resources for lending. The Corporation receives an overwhelming number of applications which it is unable to satisfy. In a typical month, AFC receives loan requests for Sh1 billion on average, but it is only able to disburse between Sh300 million and Sh350 million. “Our challenge as a loan institution is being undercapitalized as on average we disperse loans worth between Kes 300 million to 350 million against the demand of 1 billion per month,” the Managing Director says.

Mr. Kubai says the financial institution has in recent years deployed a significant value of its investments through the wholesale lending model where an anchor client such as a producer cooperative society or a SACCO [savings and credit cooperative society] on-lends agricultural credit to its members.

This model has not only helped the Corporation enhance its outreach but has significantly reduced the rate of default among small holder farmers. Currently, AFC has a total of 48 branches in 33 of the country’s 47 counties.

“Our aim is to be present in every county so as to bring services closer to the people. Additionally, the Corporation has put focus on underserved segments, in particular women and youth,” says Mr. Kubai.

A 2019 survey conducted by AFC in partnership with the Kenya National Bureau of Statistics (KNBS), UN Women, the Kenya Institute for Public Policy Research and Analysis (KIPPRA), Food Agriculture Organization (FAO) and the European Union found that women and youth were largely excluded from accessing finances.

The survey further established that less than 11 percent of the Kenyan population that engaged in agriculture and agribusinesses accessed information from formal institutions in the country. Arising from the results of that study, AFC is addressing its internal structural barriers as it seeks to lend through use of alternative collateral such as market contracts, fixed deposits and shares instead of land title deeds, and other hard collateral especially for women and youth.

The Corporation is also implementing the Novel Agribusiness-Led Employment (ENABLE) Youth Program, co-funded by the African Development Bank (AfDB) and the Government of Kenya. This youth employment creation initiative is a comprehensive program that builds entrepreneurship in agribusiness through skill acquisition and creation of an enabling environment in which the youth become owners of profitable agribusinesses.

This program will see us lend a total of Kshs. 2.2B towards youth owned enterprises, leading to creation of gainful employment and sustainable income for the youth. “We are emphasising that Kenyans should embrace Kilimo Biashara (farming as a business) for food security and job creation, and leverage on AFC’s financial infrastructure to succeed,” says Mr. Kubai, who joined AFC from the National Oil Corporation, where he served as the chief executive.

Before crossing over to the public sector in 2019, the holder of an MBA in strategic management had a successful career as an executive in a number of top private companies, including Coca-Cola, Equity Group, KenCell Communications and Sanlam Insurance.

He says his experience of the two worlds has given him a deeper understanding of what it takes to succeed in both.

He believes his professional journey, and approach to work today – getting things done no matter how enormous the task is – greatly mirrors the values gained during his upbringing.

Born into a farming community in Meru 45 years ago, he was exposed to agriculture at an early age. In his teenage years, he would spend his free time from school on his mother’s horticultural farm and she would pass on concepts like mulching which she learnt from the Agricultural Training Centre in Meru, to him.

He also learnt a thing or two about agricultural resilience by watching his grandfather, who kept a large herd of cattle, cutting his losses by preserving hides from the carcasses of hundreds of livestock that succumbed to prolonged droughts. “That man was very aggressive. Today I look at some of the decisions he made like preserving the hides during drought as a lesson in risk mitigation,” says Mr. Kubai.

He will no doubt need to summon that spirit of resilience as he seeks to transform and put AFC at the center of all food security discussions in Kenya.

“I envisage an AFC that is well resourced, attracting sufficient financing from government agencies and other development partners, to adequately meet its mandate as the government’s key agricultural financing institution,” he says.

The Corporation is reviewing its products to make them more responsive and relevant to the needs of agricultural value actors in the sector. It is also working on a digitization strategy to improve efficiency in the delivery of services. 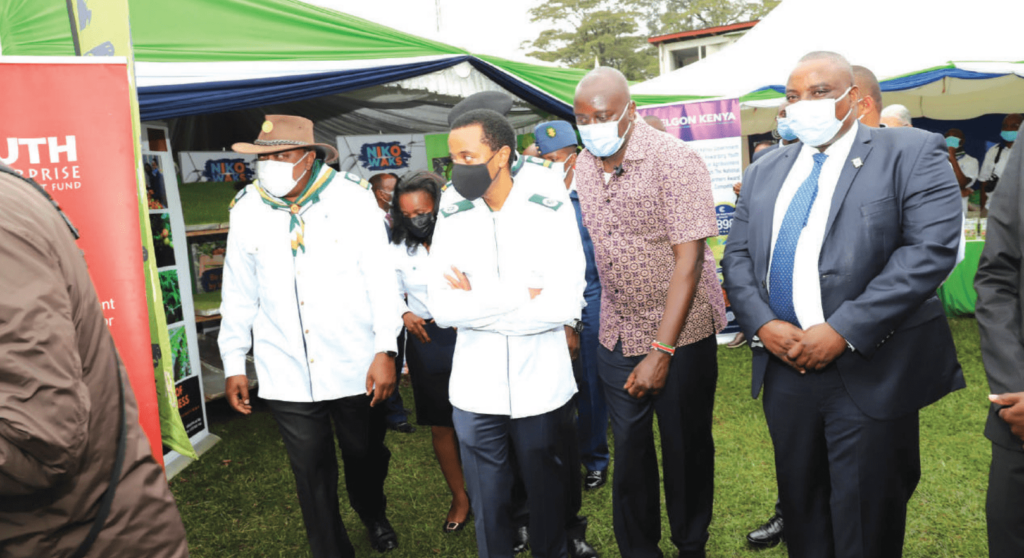