The small island developing state has about half of its citizens living outside the country, and remittances play a key role in its economy. Money sent home from abroad amounted to US$312 million last year, providing a crucial lifeline for many Cape Verdean families, covering basic food, health and education expenses, while also funding other income-generating activities.

According to the new IFAD report, a massive uptake of digital remittances would bring about a wide range of benefits for Cape Verde, leveraging additional economic resources such as the use of digital channels will substantially reduce the cost of sending money home from abroad. Digital remittances can also be the gateway to access financial products and services, and credit and savings accounts, particularly needed in rural areas.

Remittances sent via informal channels, such as cash hand-carried by people returning to visit, still represent up to 40 per cent of all formal flows, including tourism, private visits and trade.

“Digital remittances and related financial services have a tremendous scope for growth in Cabo Verde,” said Pedro de Vasconcelos, Lead Technical Specialist and Manager of IFAD’s Financing Facility for Remittances. “Although the retail domestic payment system in Cape Verde is led by card-based and other electronic payment instruments, the use of digital payments could be extended into a much broader set of financial products,” he added.

Despite the massive contribution to the country’s economy, the cost of sending remittances to Cape Verde from the EU, where two-thirds of remittances come from, (6.84 per cent in 2021), remains slightly higher than the global average (6.3 per cent). This cost is lower than the average fee in Sub-Saharan Africa (8.46 per cent) but remains far higher than 3 per cent – the target set as part of the Sustainable Development Goal number 10 – reducing inequality within and among countries.

Beyond the small size of the market, high fees are due to the limited competition in the remittance market, with few global money transfer operators (MTOs) holding exclusive agreements with local banks and the postal network Correios.

Many rural households, small-scale farmers, fishers and microentrepreneurs affected by climate change related shocks rely on remittances and diaspora investments to strengthen their ability to adapt to a changing climate, and be able to continue to produce food for their families and communities.

Maximizing the impact of remittances

As shown in other similar RemitSCOPE remittance-focused reports, IFAD’s study outlines the pathways to maximize its socioeconomic impact and unveils the potential opportunities and challenges of the digital remittance market in Cape Verde.

The report recommends further research to understand remittance corridors to Cape Verde and its diaspora. IFAD also advises setting up a national working group to foster dialogue between regulators, the private sector, diaspora, and consumer associations. The UN Fund is carrying out similar innovative initiatives in other African countries in collaboration with relevant stakeholders, in the framework of the EU-funded PRIME Africa initiative.

The Cape Verde country diagnostic report also highlights the importance of promoting good practices to develop mobile payments and low-cost remittances, such as generating trust among consumers, both senders and receivers, and providing tailored financial education to migrants and residents receiving money from family members abroad. 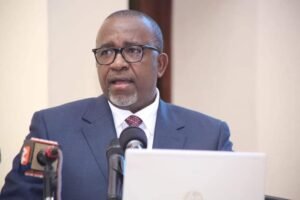 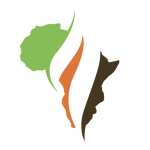 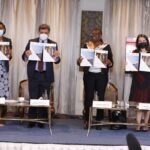 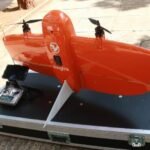