In this edition of Rootooba, we focus on Africa’s industrial crops, with an in-depth analysis of cashew, the continent’s “white gold”, and plans for the sector’s revival in Kenya. We also feature a Q&A interview on tea and special reports on coffee, cocoa and cotton.

The International Finance Corporation (IFC) has launched the 2020 IFC Food Safety Handbook, an exceptional resource that compiles food safety knowledge for large and small food enterprises worldwide, which is reviewed in this issue. We also profile eminent Ethiopia-born, US based scientist Wondu Wolde-Mariam, who founded Helica Biosystems in his garage and built it into an institution of excellence providing testing kits for veterinary diagnostics, food safety and life science research. Rootooba reflects on the historic month of October 2020 as the United Nations celebrates its 75th anniversary in the middle of the worst public health crisis in a generation, and a looming hunger crisis in Africa and the Middle East. The month witnessed a ringing endorsement of the UN’s efforts to put food security on top of the global peace and security agenda, with one of its agencies–the World Food Programme (WFP)–awarded the 2020 Nobel Peace Prize. We recognise that the Nobel Prize, the ninth for a UN agency since the 1950s, is testament to the essential, life-saving work that takes place, every day, across the UN system.

World Food Day 2020 on October 16 coincided with FAO’s 75th anniversary and during its existence progress has been made in the fight against poverty, hunger, and malnutrition. Agricultural productivity and food systems have also improved.

However, currently the widespread effects of the COVID-19 pandemic pose a threat to food security and agricultural livelihoods, confronting the most vulnerable. Two billion people do not have regular access to enough safe, nutritious food amid persistent inequalities and inefficiencies plaguing our food systems, economies and social support structures.

UN Secretary-General Antonio Guterres has convened the Food Systems Summit in September 2021 at the next UN General Assembly. The summit will spur actions to rethink food systems to play a more positive role in ending hunger, reduce diet-related disease, and help in the fight against climate change. 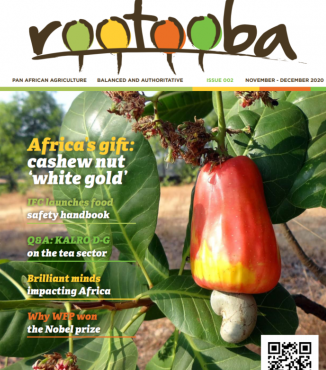